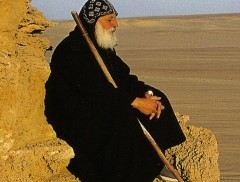 And entering into the house, they found the child with Mary his mother, and falling down they adored him; and opening their treasures, they offered him gifts; gold, frankincense, and myrrh.
And having received an answer in sleep that they should not return to Herod, they went back another way into their country.
(Matthew 2:11-12)

You come and go, but the seed
That you sowed for future glory, remains behind
Buried in this body of dust.

There remains the bond that binds heart to heart,
The stream of life that springs from yours
And animates each limb.
(Edith Stein, St Teresa Benedicta of the Cross)

The Magi did not just journey towards the newborn King of the Jews, they also journeyed away from Him. They carried His memory but Him they did not carry. Although ordinary people- at Christmas- and the Church- at Epiphany- celebrate the first journey it is the second which is most characteristic of the Christian life, perhaps of all lives. For whether we are believers or not humans are often possessed by a feeling of nostalgia. Small children love to have things repeated again and again in exactly the same pattern as the first time they did the thing or heard the story. Partly, no doubt, because there is safety in predictability but also, I think, because of a longing to return to a time and place where they know that they had been happy. Old people often spend more of their time thinking of the past than occupying their minds with the present. And those people in the in-between years whose lives are filled with activity and ambition are nonetheless often possessed by a non-specific nostalgia which conveys a sense of both loss and happiness.

For the Magi, though, the nostalgia was specific enough. They were not leaving behind simply a happy event which had a beginning a middle and an end they were leaving behind a person (or two persons since at that time Jesus and His mother were inseparable) whose life would continue and fulfil its purpose while their lives reached their end a long way away and amongst people who would have been indifferent to the Christ child. They had travelled in hope, they had arrived in love and then they travelled away from the warmth and light of Jesus towards the cold and darkness of the land of exile which was also their nominal homeland. Something similar is recounted in the Lord of the Rings when the Fellowship leave Lothlórien and the Lady Galadriel-

“… I would not have come, had I known the danger of light and joy. Now I have taken my worst wound in this parting…’Nay!’ said Legolas. ‘Alas for us all! And for all that walk the world in these after-days. For such is the way of it: to find and lose, as it seems to those whose boat is on the running stream ….the least reward that you shall have is that the memory of Lothlórien shall remain ever clear and unstained in your heart, and shall neither fade nor grow stale.’….’ Memory is not what the heart desires. That is only a mirror, be it clear as Kheled-zâram. Or so says the heart of Gimli the Dwarf.’...”
(Fellowship of the Ring, Chapter VIII, Farewell to Lorien)

I am writing this during a twelvemonth when, due to a global pandemic, much of the world has spent significant amounts of time in quarantine of greater or lesser severity. Very often connection to those we love has been pared down to memory or what we call ‘virtual’ contact through the means provided by communications technology. By comparison with previous epochs this is connectivity of an unprecedented degree and scale. Yet it too is ‘not what the heart desires.’ The more we experience simulated human contact the more we can appreciate that the thing which is being imitated is superior to the imitations by several magnitudes of order. We miss being present to the ones whom we love so much, and we miss them being present to and for us. It is loss, it is not gain to be united through this form of separation.

The Magi did not have the internet or Zoom or social media. They did not even have the Post Office. The brief encounter in Bethlehem was to be the treasure house from which they were to feed for the rest of their days, and memory was to be the form in which they consumed that treasure. ‘Not so,’ a Christian might say, ‘they would have the Holy Spirit also.’ And that is probably true, after encountering Jesus and Mary, adoring the first and venerating the second, the Wise Men would have been in a state of grace and that state may well have endured, that is, the Holy Spirit would have been with them, strengthening and heartening them. Yet if the Holy Spirit alone were enough then why was there an Incarnation?

The Logos of God was born of a woman as Emmanuel, a name which means God-with-us, because His physical presence in the world is necessary both to our salvation and to our wellbeing. For the same reasons He was crucified in the flesh and bodily ascended into heaven. For the same reasons He instituted a memorial whereby He is to be in our midst under the appearance of bread and wine. For the same reasons our risen physical bodies are to rejoice in the presence of His Risen physical body in heaven forever. The gift of grace, the Holy Spirit, is a great thing indeed but when Mary became not only ‘full of grace’ but also had the Incarnated Son of God made present in her womb was not her later state greater than her former one? So, yes, the Magi had the consolations of memory and of the Spirit but that would not be enough to satisfy their need for Him, for the Holy One whom they had seen, and touched, and worshipped, and loved.

St Teresa Benedicta wrote-
…the seed
That you sowed for future glory, remains behind
Buried in this body of dust.
This points us towards the advantage that we possess over the Magi. By which I mean the sacraments of salvation and particularly baptism. All of the sacraments, each of the sacraments, are both material and spiritual realities at the same time. They are the seed of Him, which is sowed in our bodies, which is united to our dust. In normal times for the West Catholics reflexively assume that Mass, the sacrament of the altar, is that seed which we can daily or weekly renew. Yet during a pandemic we discover what Catholics in the lands of persecution or where there are few Christians have long known, that the ability to communicate really and not just virtually is a privilege we enjoy and for which we should be grateful upon each and every occasion which it occurs. Our baptism, though, is always with us. It is an indelible mark in the flesh. It is His presence, physical as well as spiritual, with us. And so long as we are alive wherever we may be it constitutes-
‘the bond that binds heart to heart‘

It is the lot of Christians and also their task to travel in the dark between unknowns. But Jesus is the known (and He knows us) and we carry that known within our baptised bodies. Like the Magi we may often give the appearance of journeying away from Him but the more faithful we are to our baptism then the more true it is that we are travelling with and not away from Him and that in both the physical and the spiritual dimensions of life. And what constitute the physical marks of His presence-
A lustre of heaven remains in the soul,
A deep glow remains in the eyes,
A soaring in the tone of voice.

My *other* blog is thoughtfully detached.

One thought on “On Leaving Jesus Behind”

This site uses Akismet to reduce spam. Learn how your comment data is processed.

This is a text widget, which allows you to add text or HTML to your sidebar. You can use them to display text, links, images, HTML, or a combination of these. Edit them in the Widget section of the Customizer.